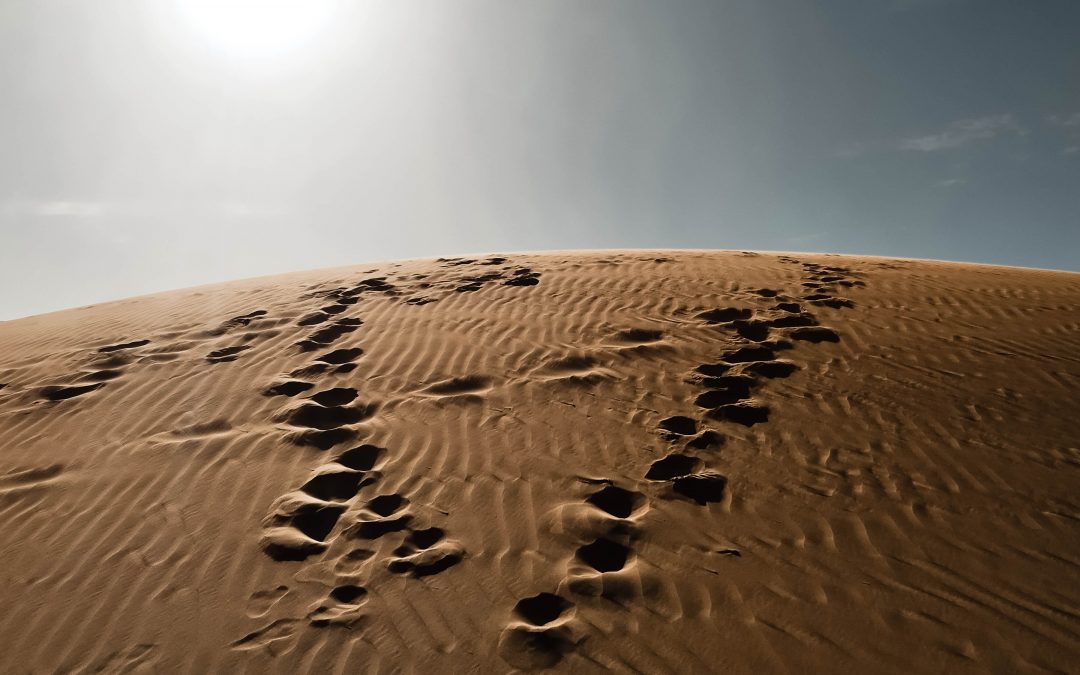 I just finished reading a book called What is the What by Dave Eggers. As I reflected on the book, I was impressed by the main character’s resilient hope while he faced difficult circumstances.

Oxford Languages says that the mark of resilience is being “able to withstand or recover quickly from difficult conditions,” while hope is the “desire for a certain thing to happen.”

But what happens when our desire for a certain thing to happen meets difficult conditions, such as life events or having to wait a really, really long time for dreams to be fulfilled? What then? How do we hold onto hope?

Sometimes when we wait for a long time for something we begin to fall into a “grass is always greener” mentality.

If only we had that thing, everything would be better.

For the characters in this book, that thing is called the What. It’s elusive and hard to nail down, but as humans, we are always trying to find it.

In the story, the What the characters are looking for is a hope for a better future than the one that’s left behind.

What is the What – Synopsis

A young Sudanese man living in Atlanta, Georgia tells his story about being one of the Lost Boys during the Second Sudanese Civil War. At just six years old, Achak trekked across the desert barefoot and without water with hundreds, and later thousands, of boys. Eventually, they made their way to refugee camps first in Ethiopia and later in Kenya.

Achak spent over ten years in refugee camps, and at times lived on as little as one meal a day. All the while, Achak held onto the hope of seeing his family again one day. And it makes me wonder – how did he not lose hope?

The title, What is the What, comes from a creation story that Achak heard his dad tell often when he was a boy.  According to Sudanese history, God created the people of Sudan, the beautiful land, and a special gift – cattle. These cattle would provide everything needed for the people to prosper. But God offered an unknown gift they could have instead of the cattle. This gift was called the What.

No one knew what the What was, but the people had to choose between the unknown What or the known blessing of the cattle. They chose the cattle.

Achak refers to this mystery gift and the search for the What, several times in the book.

Did They Find It?

Many Sudanese boys were not content with the return to status-quo living. They sought the elusive What and hoped to find it in America.

Achak did finally reach America, though he realized that the country alone did not fulfill his longing for a perfect, struggle-free future. After all he went through, he still had to withstand discrimination and crime.

Despite that, he held onto his dreams, saying, “I believe this day will come. It is, though, taking longer than expected.”

As believers, what is our What? It’s the hope we have of abundant life in Jesus Christ.

Unlike the characters in the book whose hope was in a WHAT, our hope is in a WHO!

Jesus is our hope and He does not disappoint. Instead of seeking a better future, we seek the Sod of God, Jesus.

Scripture tells us that this abundant life and joy can be found when we seek Him first. In John 10:10, Jesus says “The thief comes only to steal and kill and destroy; I came that they may have life, and have it abundantly.”

We are not searching in vain for greener pastures that end up disappointing us, like characters in Egger’s book. As lovers of God, we have a choice to stop striving and instead start seeking and trusting God for the future He has in mind for us.

The Psalmist found this to be true when he said, “You will make known to me the path of life; In Your presence is fullness of joy; In Your right hand there are pleasures forever.” Psalm 16:11

We can either try to create the perfect outcome ourselves or we can trust and obey God as He leads us on the unknown path toward a joyful future.

The only What worth chasing is Jesus. With His help, we can possess resilient hope.

Sign up to receive encouragement and posts right in your inbox! You can unsubscribe anytime, and I won't share your information with anyone unless required by law.

You have Successfully Subscribed!